For more than 25 years our school has been a leader in dance education. Our reputation for inspiring young people to be the best dancers they can be is one of the primary reasons for our success.

We believe a teacher’s influence on the future of a student extends far beyond the obvious physical benefits. The faculty at TPDC is committed to motivate and challenge every student, whether at the recreational or intensive level.

Our teaching philosophy is based on instilling passion for dance while nurturing creativity. We believe that an education in dance benefits the body, mind and soul.

From your child's first class to their senior year, TPDC has a class for everyone. Our students not only receive quality training and professional performing experience but they develop confidence, self-esteem and self-discipline. We encourage teamwork and teach life skills that will help them succeed in other aspects of their lives. Students are learning what hard work and determination can accomplish.

We pledge to give you the finest dance instruction available and are committed to making each dance lesson a positive one. Our dedicated and experienced teachers look forward to sharing their passion for dance with your children, the next generation of aspiring young dancers.

Join us and become a part the TPDC family.

• Remember – each class depends on all of its members! If you withdraw your child from any programs a written notice is required. After providing written notice you are not liable for the next month’s tuition.
• Insufficient registration may require a schedule change, cancellation or condensing of similar classes. We apologize in advance for any inconvenience this may cause.
• Excessive Absenteeism – In fairness to all students, poor attendance may result in your ineligibility to continue with your class and/or participate in recitals.
• Please report student absences. Students may make up missed classes by taking an equivalent class. There are no refunds or credits for missed classes due to illness, injury, foul weather or vacation. Classes can be made up by taking an equivalent class.
• All children must remain in the building until transportation arrives, and must be picked up in a timely manner.
• Monthly payments are due the first of each month. Payments received after the 10th will incur a $10 late fee.
• Class change requests after October 1st will incur a $20.00 fee.
• In case of inclement weather, please check our facebook , instagram , or call 973-376-2111.
• Costume invoices will be emailed in October and all payments are due by November 15th.
• No tuition refunds for students withdrawing after November 1st.
• Image and video use is granted to TPDC for any and all photographs and videos taken and can be used for promotional purposes.

Bodyworx Etc. Inc our on site Dancewear and shoes boutique. 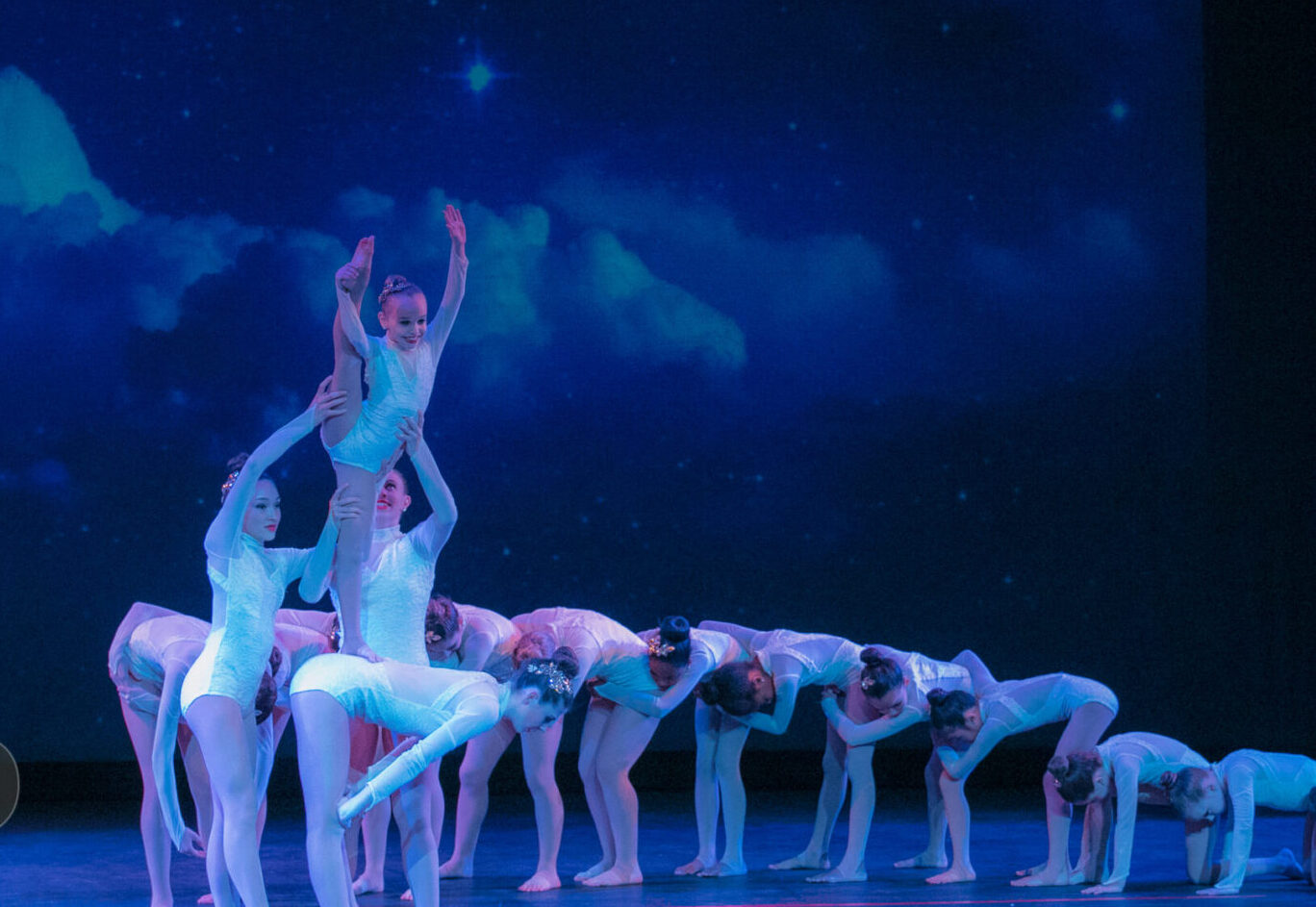 “Scientists are confirming what teachers have long suspected: Music not only touches peoples souls, it also shapes growing minds. When children sing or dance to music they become better readers, thinkers and learners. The more we discover about how the brain works, the more we recognize how crucial music is to children’s learning.”

Julie is a graduate of Montclair State University where she earned a Bachelor of Fine Arts degree in Dance. She is also certified with the US Gymnastics Federation. Julie’s studies include NJ School of Ballet, Broadway Dance Center and Dance Space. Through her extensive training and performance experience Julie has become a highly skilled, innovative teacher and choreographer. She enthusiastically shares her talent and knowledge with all TPDC students.

Jude, is an active dancer, choreographer, and teacher in New York City. His classes and choreography focus on musicality and performance, while capturing the emotion, rhythm, and lyrics of the music. Students should expect a fun and challenging class that enhances their performance with precision by fusing hip-hop, street jazz, and modern choreography. Classes will be an outlet to enhance your natural abilities.

Michelle has had a love for dance since the age of three. At TPDC Michelle trained in all genres of dance, and was a member of the TPDC competition team. Michelle continued to study dance at Montclair State University where she graduated with a B.A. in Dance with a concentration in studio teaching, as well as a B.A. in Family & Child Studies with a teaching certification for Preschool through Grade 3 in 2019. While at Montclair State, Michelle performed in works choreographed by Jessica DiMauro, Christian Von-Howard, Charles Weidman, Lori Katterhenry, and Kim Whittam. Michelle also had her own work featured in Montclair State University's production of Dance Collage 2017. Now, along with teaching at TPDC, Michelle is also an elementary school classroom teacher in Roselle Public Schools. She enjoys sharing her knowledge and love of dance with her students.

Kelcey Matheny is a New York City based teacher, choreographer, and performer. Kelcey has taught and choreographed for Coupe Theatre Studio, The Dance Centre, Bronx Dance Theatre, Andreas Dance Studio, Serious Fun After School, Inc., Sol Dance Center, and Project Broadway at Broadway Dance Center Children and Teen Program. Kelcey has choreographed Pippin at Nanuet High School, Homeroom, the Musical for Serious Fun After School, Inc., and has been the assistant choreographer for productions of In the Heights at Gallery Players and West Side Story and Cats at New Generation Theatre. She has also choreographed for studios and dance programs in New York, Connecticut, Kentucky, Missouri, and Tennessee. Kelcey’s performance credits include 42nd Street at Fulton Theatre, Pippin at Summer Theatre of New Canaan, and Song and Dance Men at Centenary Stage Company. Kelcey received her BFA in Dance from Southeast Missouri State University. www.kelceymatheny.com

Dance has always been a meaningful part of Alexa’s life. After training at TPDC for 15 years, she continued her dance studies at Montclair State University, receiving a BA in Linguistics, as well as minors in Dance and Psychology. Through MSU’s Dance Department, Alexa took classes under the direction of Elizabeth McPherson, Nancy Lushington, Linda Roberts, Laurie Abramson, Cindy Thole, Jessica DiMauro and Joao Carvalho. Alexa has also earned her Master’s degree in Speech Language Pathology and currently works predominantly with children with Autism Spectrum Disorder. Alexa is very eager to continue sharing her commitment, passion and creativity with her students at TPDC! 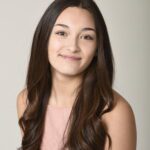 Olivia Otani has deep roots at TPDC.  Born into the family owned business, she started dancing in vitro.  She began studying dance and acrobatics at the age of two.  Soon after Olivia began competing on the TPDC team. She became a passionate and versatile dancer.  Recognized on the competition circuit, she was selected for the USTD National Dance and Acrobatics Team where she had amazing opportunities and experiences performing and studying in NY, FL and CA.
Olivia enjoys sharing her love for dance with our young dancers at TPDC.  She enjoys choreographing and working with children of all ages. She is currently pursuing a BFA degree using her creative mind to become an Interior Designer.

Miss Vanessa has had a passion for dance since she put on her first pair of tap shoes. For over 20 years, she has spent countless hours in dance classes, including Ballet, Pointe, Contemporary, Jazz, Musical Theatre, and Tap. In addition to her formal training, she attended many dance conventions and traveled to NYC learning from esteemed choreographers including Doug Caldwell, Tyce Diorio, Brian Friedman, Frank Hatchett, Laurie Johnson, Charles McGowan, Wade Robson, Gregg Russell, and Barry Youngblood. These experiences helped shape Miss Vanessa’s knowledge and appreciation of dance.

She continued her love of dance throughout college, graduating with a BFA in Dance from Montclair State University. While at Montclair State, she had the privilege of performing in works choreographed by Jessica DiMauro, Jay T. Jenkins, Earl Mosley, Twyla Tharpe, Charles Weidman, and Jawole Willa Jo Zollar (Urban Bushr Women).

Miss Vanessa’s competitive pieces have received numerous accolades at both Regional and National events. She is happy to be part of the Turning Pointe Family and is looking forward to another great season!

Zina has had a passion for dance since she first stepped foot into the studio. Zina was a student at Turning Pointe Dance Center for 15 years and has been dancing ever since. She took classes in all genres such as pointe, ballet, contemporary, hip hop, jazz and acro. Zina received a B.S in Exercise Science and a Minor in Dance Arts from Kean University. She is now planning to go onto Graduate School to receive a Doctorate in Physical Therapy. Zina is excited to apply what she’s learned to her students at TPDC and is eager to continue sharing her love and passion for dance!

Meghan has a passion for dance, which is evident in all aspects of her life. She danced as a student at Turning Pointe for fifteen years, and has received her BFA in Dance from Montclair State University. Her dance education ranges from ballet, pointe and jazz, to hip-hop, tap, and modern. She has performed pieces by choreographers such as Lori Katterhenry, Maxine Steinman, Robert Battle, Joao Carvalho, Jessica DiMaurio, and Jawole Willa Jo Zollar, the founder of Urban Bush Women. Her choreography was featured in the Montclair State University production Dance Collage 2010. Meghan has been on the teaching staff of Turning Pointe Dance Center for 11 years, and continues to challenge her students with exciting, technical, and inventive choreography.